Case study: Innovation and Cooperation bring shore power to the Port of Tallinn 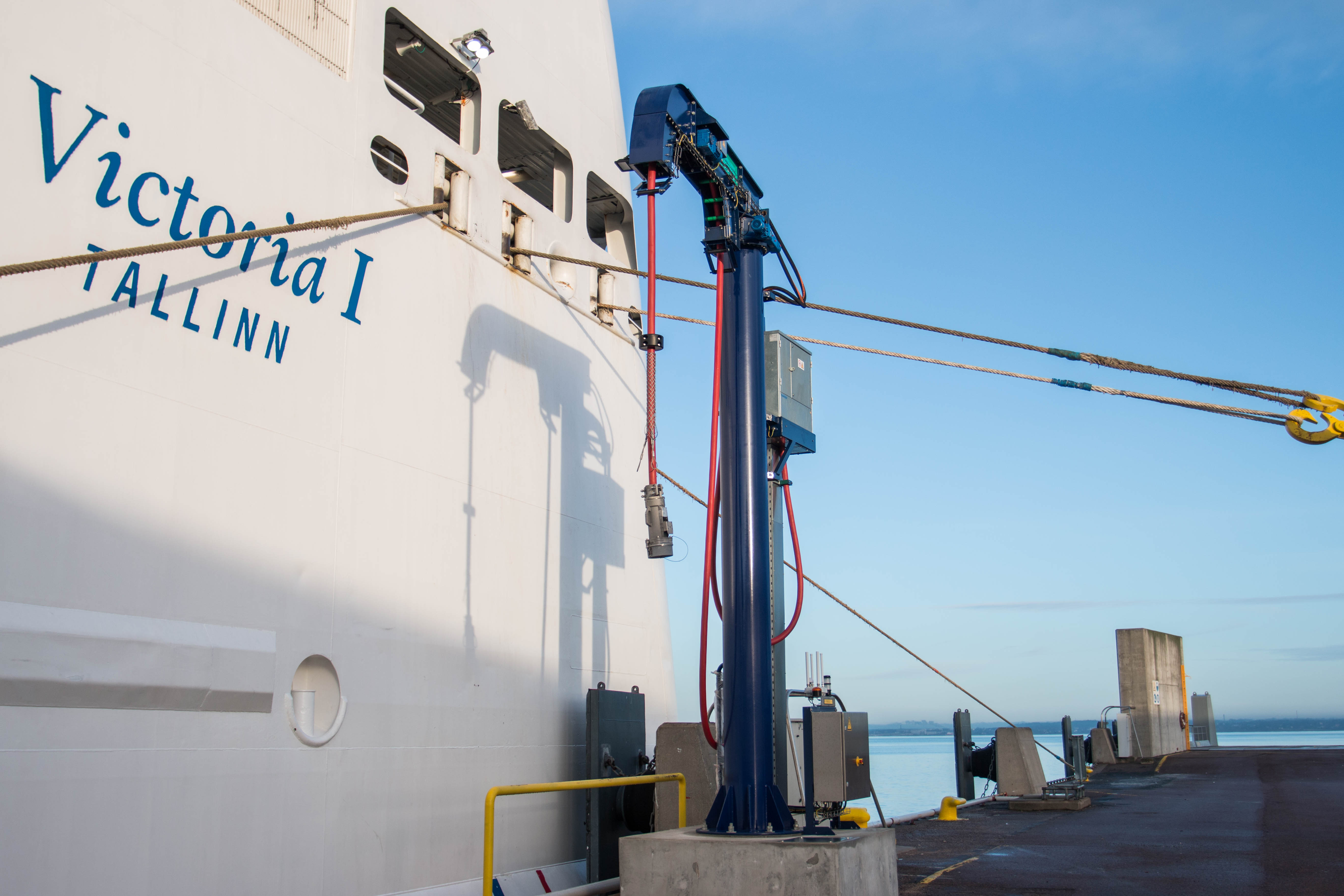 For many years, the Port of Tallinn has been a successful port in that it provided fuel, water management, waste and stock as necessary. The Port has moved with the times, keeping up to date and modernising. With EU directives prioritising sustainable and green ports, it made sense to modernise once more.

Modernisation rising on the European agenda

Over recent years, the multi-phase Twin-Port initiative has focused on modernising the cities and ports of Helsinki and Tallinn, in tandem. One of its goals was to prepare these ports for a new directive in 2025 which aims to see more ports opting for sustainable infrastructure; improving the sustainability of large scale shipping in the Baltic Sea Region (BSR) and Europe as a whole. This included reducing the inefficiencies in port by adding shore power (subscribe to see our article explaining shore power).

The Port of Tallinn was a part of this and, with a budget of 16 million in total, it decided to use a portion of the funds to install 6 HVSC (high voltage shore-power connection) dispensers. This aspect of the port improvements had a budget of 3.5 million.

The “Twin-Port 3” phase of the initiative serves to help the two ports upgrade their facilities and ship operators retrofit their ships with EU standard-compliant shore-power plugs, as well as broader urban infrastructure developments in the two cities. In early 2019 there was a public tender by the Port of Tallinn, looking for a partner to manage the entire HVSC project and in May, and Elero won it.

By June, Elero had brought in Shore-Link founders, ScaleUp as consultants given their experience in engineering, off-shore operations and maritime production standards (DNV GL, ABS etc). Meanwhile, ABB came on board to work on the control systems and substations.

Communication between the subcontractors, the managing partner and the Port was notably smooth and positive throughout. As such the project moved forward efficiently.

Opportunities to be taken

As the initial weeks passed, the team at ScaleUp attempted to source the dispenser hardware for the Tallinn quaysides. However, they found the lead-times of 20-24 weeks they were faced with were so very limiting that they threatened the project’s on-schedule delivery. Indeed, ScaleUp, being small but highly skilled in their sector realised that this was an opportunity.
In fact, they would go on to design, produce and eventually install 6 dispensers of their own in the Port of Tallinn, in less time than it would have taken the original candidate company to even deliver the items. And so Shore-Link was born.

The most difficult aspects for ScaleUp’s Head Engineer and Project Manager, Alar Jõgi, were acquiring the ISO 800005-1 2019, 800005-2 2016, and IEC 62613-1, 62613-2 compliant plug and associated components required by the Twin-Port project criteria. Not to mention acquiring them fast enough for the project’s timeline, along with cabling of the right grade in terms of electrical load and flexibility.

Luckily the plug and cable suppliers were ready and able to provide what Alar’s solution and the Port’s requirements needed.

Once received, Alar started doing what he enjoys best: designing something efficient around the necessary plugs and cables. So, Alar created the Shore-Link dispenser to be easily produced and adaptable, thanks to a variable boom length and column height.

The design can be placed close to the berth; a mere 2m from the edge. With a 120 degree horizontal arc, the arm allows a comfortable margin for ship positioning. The dispenser’s vertical reach of 4 to 7 metres, combined with the extendable, flexible cable makes it suitable for different ship sizes.

The first unit was delivered to the port in mid October for the groundbreaking event as other members of the team had been working to bring power to the port from the local substations. In November the number of dispensers at the Port of Tallinn reached 4 with the last 2 were installed in December.

Construction of a passenger viewing gallery at the same time made Alar put the modular, adaptable nature of his design to good use. The two affected dispensers were customised to clear the gallery structure by only 30cm while still being fully functional.

All the signs were good and the project seemed a success, and this was confirmed with the first physical (though unpowered) connection to an actual docked Tallink ferry on Friday 10th January 2020 and the first shore-powered connection barely a month later in the beginning of February.

First steps towards a greener port and future

The potential for more sustainable shipping is clear but challenges remain. With some cruise ships operating with energy needs of 15-20 MW, any extension to Tallinn’s HVSC facilities will need more electricity so any docked ships can be connected simultaneously. Work is ongoing to resolve this.

All the same the Port of Tallinn shore-power project shows how, with good engineering and designs, good partners and management, 7 months is enough to achieve something remarkable. The project also shows that there is a successful design in the Shore Link dispenser and it will be no surprise to see its distinctive shape on other port quaysides in the years to come.