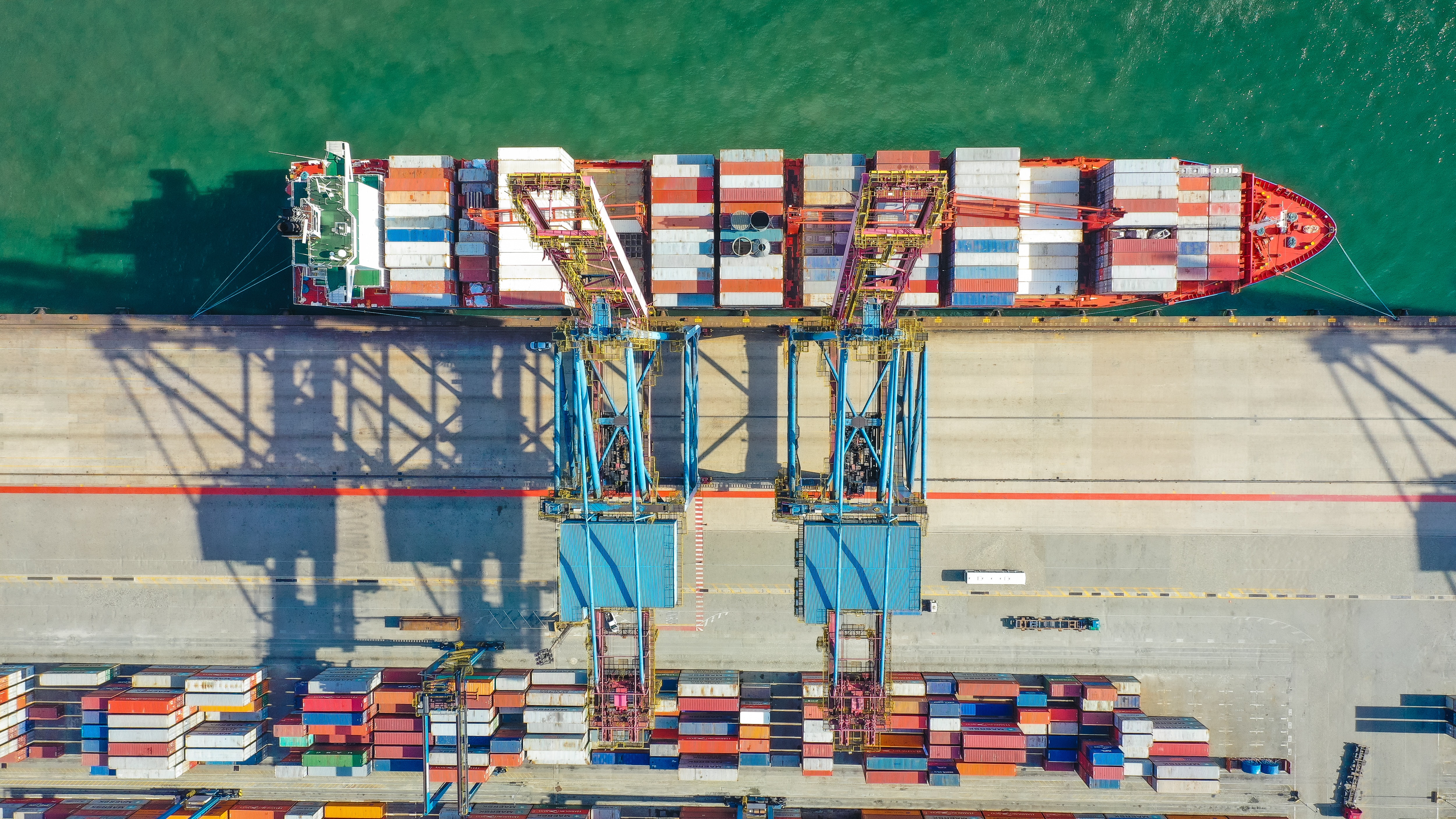 In 2010, shipping made up 4% of total EU greenhouse gas emissions. Since then, headed by the European Commission, the union has made efforts to try the ever-rising numbers at bay. This includes getting port emissions under control.

The overall goal, according to a wealth of position papers and other measures published since, is to make Europe’s transport infrastructure climate-proof—and to turn it into an economic opportunity for businesses all across the union.

The policy is the usual mix of legislative and non-legislative measures. Creating new laws across member states is extremely difficult, and the different political as well as commercial interests playing into it are constantly at odds.

Lowering emissions, trying to avoid a shift to road transport

Part of the EU’s efforts concerns clean fuels and energy alternatives for ports. The effort here is massive, with more than 300 priority ports defined, and Europe’s inland waterways also included. After all, should shipping on Europe’s seas and rivers suddenly become very expensive, a shift to road freight could be expected—which is generally much more damaging to the environment than shipping.

A study published by the European Commission in 2006 (Commission Recommendation of 8 May 2006 on the promotion of shore-side electricity for use by ships at berth in Community ports) points out that some 620,000 tons of diesel fuel could be saved every year if all the seagoing ships visiting EU ports would switch to shore-side power supply while moored.

Even though shipping still is by far the least environmentally damaging way of moving goods around the world, shipping emissions are increasingly becoming an issue. While progress has been made with cars, and continuously lower emission targets have been set by many countries around the world, ships still run on conventional diesel or diesel-electric systems.

The idea to address this at least for the time that vessels spend moored in ports isn’t new. Cold ironing, or receiving a supply of shore-side energy while in port, has been around for a long time, yet efforts to coordinate, standardise and promote it through legislation are all very recent.

By now, there are several legal instruments in place that are intended to nudge shippers as well as port operators in the general direction of shore power supply systems. The International Convention for the Prevention of Pollution from Ships, MARPOL, dating back to 1973, has long introduced emissions directives, and most recently pushed for lower sulphur emissions. But perhaps most importantly in Europe, the EU’s 2014 Directive on the Deployment of an Alternative Fuel Infrastructure sets out shore power systems as an essential addition to ports and calls on operators to make it a priority, setting out 31 December 2025 as a deadline.

“Member States shall ensure that the need for shore-side electricity supply for inland waterway vessels and seagoing ships in maritime and inland ports is assessed in their national policy frameworks. Such shore-side electricity supply shall be installed as a priority in ports of the TEN-T Core Network, and in other ports, by 31 December 2025, unless there is no demand and the costs are disproportionate to the benefits, including environmental benefits.”

Shippers are self-regulating as well. In April 2018 the International Maritime Organization (IMO) agreed on a new climate strategy of its own. And although the diversity of different requirements and controlling bodies is even greater in global shipping than it is in the EU, the IMO’s aims will certainly affect ports, as they are more ambitious than anything else currently out there.

The EU is pushing for the introduction of shore power supply systems in its TEN-T ports by the end of 2025. The two deadlines in the IMO’s sights are 2030 and 2050. Twenty years from now, the aim is to have achieved a reduction of CO2 emissions per transport work of at least 40%, while by 2050 this will increase to a 70% reduction.

And though both EU policy and IMO aims are somewhat tentative, they are important guidelines for local legislators as well as executives. The fact alone that the EU aims to fund its ports policy with some €1.5 trillion over the next decade says a lot.

Shorelink is part of these considerations wherever cold ironing or the provision of a shore power supply is concerned. With dozens of ports either moving towards high voltage shore connections (HVSC) or already planning them, we are at the cutting edge of the development of smart ports and a green transport infrastructure.

Read more about our solutions here.